This page is proposed by Maltem Consulting, consulting firm specialising in the management of organisations and information systems in the banking and financial sectors.

Classification of bonds by nature 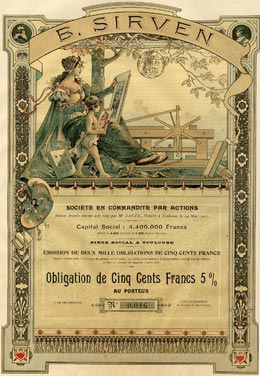 These are bonds whose issuance contract provides that they may be converted into shares at specified periods or at any time at the request of the holder.

These are bonds that can be extended at a rate and for a period specified when they are issued, beyond the redemption date.

The issuance contracts of such bonds stipulate that from a certain date and for a certain period of time, fixed rate bonds can be exchanged for variable rate bonds (or vice versa).

One or more warrants are attached to the bonds, these warrants giving the right to subscribe for a fixed period to new shares. This product therefore makes it possible to become a shareholder while remaining a bondholder.

They are characterised by the absence of interest payments during the life of the bond. The yield is the difference between the capital paid at issue and the capital redeemed at maturity.

These are bonds whose coupon and/or capital repayment are fully or partially indexed to a reference value (e.g. the turnover of the issuing company, the price of a product, etc.). Indexation protects the holder against a depreciation of the coupon or capital in the event of inflation.

From a technical point of view, these bonds are no different from traditional government bonds, their originality lies in their assimilable nature. The assimilation technique consists in linking the issue to an old tranche of the loan. The State reserves the right to issue additional tranches whose issue price is adjusted according to the market, but whose issue characteristics remain unchanged (term, maturity, nominal value, etc.).

These securities constitute a type of transferable security intermediate between a share and a bond. Market practice assimilates these securities to bonds. The interest paid to the bearer consists of a fixed portion and a variable portion indexed to the issuer's earnings.

These are perpetual debt securities whose principal is in theory never repaid and whose interest payment can be deferred if no dividend is paid to shareholders.

They are comparable to perpetual subordinated bonds with the difference that the issue contract provides for redemption.

Classification of bonds by rate

On the other hand, the nominal value will vary according to the interest rates of future bond issues. If the rate of these new bonds increases, the price of the old bonds will fall. The reason for this is quite simple: the new bonds pay a higher interest rate, and investors will only buy the old ones (which pay less) only if they are cheaper. If prices fall, the opposite happens.

These bonds are more intended for investors who want to receive a stable income from their investment, even if it means risking their capital (which can go down as well as up). In times of high inflation, they are unfavourable.

These bonds were introduced to protect the issuer and the holder from the risks associated with fixed-rate bonds:

The nominal value of these bonds remains unchanged throughout the term of the loan. On the other hand, the interest rate varies according the financial market rates.

There are three main categories of variable-rate bonds:

The technique consists in remunerating the securities by means of a fixed rate periodically readjusted to the level of the latest monthly bond market rates.

Unlike fixed-rate bonds, variable-rate or adjustable-rate bonds allow investors to focus on capital preservation but make them take risks on the income they wish to earn from this investment. The coupon price may rise or fall over the years. They also protect the investor in times of high inflation.

There are three methods of redemption of bonds issued for the issuer:

At each period, the bondholder will receive, in addition to the coupon, part of the principal (redemption price of the bond). The total of these two elements, coupon + redemption, will be identical throughout the period. The annuities are said to be constant.

At each period, the bondholder will receive an identical fraction of the principal. Assuming a life of 5 years, 20% of the principal will be repaid each year. In fact, the amount of interest paid will decrease.

Author: Maltem Consulting, consulting firm specialising in the management of organisations and information systems in the banking and financial sectors.