What is a Corporate Action? 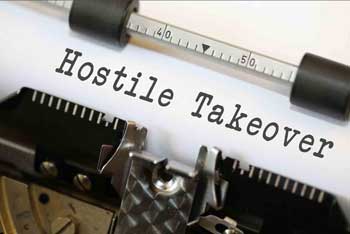 Corporate Actions refer to events that occur in the life of a security: dividend payment, capital increase, takeover bid... There are many of them.

However, specialists in the securities business tend to make a very clear distinction between events intrinsically linked to the life of the security (coupon and dividend payments, redemptions), and what they call "real" corporate actions: subscriptions, splits, takeover bids, public exchange offers...

In the rest of the text we will talk a lot of "coupons" and even of "detachment of coupon": this vocabulary refers of course to the era of paper securities, where you had to detach a piece of paper and present it to your bank in order to receive a dividend or an interest payment .

There are several ways to classify corporate actions:

Mandatory corporate actions are executed on the account of the holder as soon as he holds a non-zero quantity of the security. This is the case for coupon and dividend payments (except optional dividends), stock splits, mergers and acquisitions...

Voluntary corporate actions (with a choice of the holder) are only triggered after a response from the holder, who is asked either to agree or to specify the conditions for carrying out the transaction. This is the case with takeover bids and public exchange offers., where a "vote" of the holders is actually required, but also capital increases by subscription, dividend payments in shares...

Other corporate actions allow the holder to purchase existing securities: conversions of bonds into shares, exercising of warrants.

Many corporate actions generate cash flows in addition to securities flows, for example payments or subscriptions.

Other corporate actions only have an effect on the securities accounts of the holders, for example stock splits or public exchange offers.

On Stock / On Flow

Many actors are involved in the corporate action processing chain.

However, there is one case where the corporate action is not the choice of the issuer but of a predator: in case of a takeover bid of public exchange offer!

Security holders are at the other end of the chain. They are not always passive since they will be consulted during capital increases, public offers, dividend payments in shares, etc.

These service providers play an essential role by centralising and redistributing information on corporation actions to their subscribers. The accuracy and speed with which they make the information known to investors and financial intermediaries are key competitive advantages for them.

Banks are involved at several levels in the corporate action processing chain: as custodians, and also, but less widely, as providing services to issuers.

As custodians, institutions are required to inform their customers of the corporate actions that concern them and to execute them on their accounts in accordance with their instructions.

Issuers operate in the financial markets primarily to finance themselves, but they generally need to use the services of a bank to manage the events related to the life of the securities they have issued. This highly specialised function, which essentially consists in managing the flow of cash and securities between issuers and custodians (who themselves act on behalf of the ultimate holders), exists in only a few institutions. In addition to the centralisation of corporate actions (see below), issuer services provide registered shares management services, the organization of general shareholder meetings, the management of stock option plans, etc.

The role of the transfer agent is to act as an interface between the issuer and the custodians. This interface concerns on the one hand the exchanges of securities and cash, all of which pass through the transfer agent, and on the other hand the information exchanges necessary for the processing of the corporate action.

But this service also goes much further in the context of more complex corporate actions such as IPOs, public offerings, etc. In addition, the issuer service provides regulatory, tax and operational expertise that may be cross-border.

Central depositories are involved whenever the corporate action has the effect of creating a new security or increasing the quantity of outstanding securities, because it is their role to keep the account of the security issuer constantly updated. The central depositary is thus able to apply corporate actions on stock such as splits, directly to the securities accounts of their members.

In addition, issuers may choose to delegate to central depositories the execution of their coupon or dividend payments. For example, Euroclear France, a central securities depository, provides a service for cash corporate actions (coupon and dividend payments, redemptions and also automatic corporate actions such as splits). When a payment is made using this service, the issuer always pays the full payment to the transfer agent. Then Euroclear France takes over, and directly debits the transfer agent's cash account to pay the other members, in proportion to the assets they hold.

The regulatory authorities intervene to give their authorization to a corporate action, as in the case of takeover bids. They also define the obligations of custodians towards their customers in the handling of corporate actions. The way in which corporate actions are handled varies considerably depending on local regulations, but the general principles described here are quite generally applicable.

We present here the general case of the processing of a corporate action by a custodian.

Detection consists in identifying in advance the transactions that potentially have an impact on the assets held on behalf of the institution's clients. To ensure that they do not omit any transaction, institutions use the services of financial information providers such as Fininfo or Telekurs, and also collect information from local or international central depositories and their own network of local depositories.

It is necessary to identify the accounts of the customers who will be impacted by the corporate action and the quantities of securities concerned. The difficulty lies, of course, in the fact that these positions are constantly moving due to the buying and selling transactions negotiated by customers.

Basically, there are three ways to solve the problem, which depend on:

In many Anglo-Saxon countries, when securities are purchased and sold, they are deemed to have changed ownership on the effective settlement date of the transaction, which generally occurs two days after the transaction. In this case, corporate actions are generally characterized by 3 dates:

Thanks to the time lag between the ex-date and the record date, transactions in process have time to settle and on record date, custodians of securities are working on more or less frozen stocks.

In France, the transfer of ownership is effective as soon as the purchase and sale are negotiated. The ex-date / record date distinction is no longer applicable, since the securities are deemed to have changed hands as soon as they are traded. Moreover, the very high degree of automation made possible by the total dematerialisation of securities means that there is also no need for a delay between the equivalent of the "record date" and the payment date.

Stocks are recorded the day before the coupon is paid (or "detached"). To be entitled to the coupon, it is therefore sufficient to have purchased the shares until the day before the detachment. But custodians can only see the stocks actually recorded on the securities accounts, and therefore settled. What happens then for all transactions initiated before the coupon detachment date, but which will be settled after that date? At the payment date, it is already the buyer who legally owns the shares and is entitled to the coupon, but technically it is still the seller who holds them and will therefore receive the coupon.

To overcome this problem, the seller must return the coupon that was collected in an "illegitimate" manner. This is called a "coupon on flow". The buyer's custodian will send a "claim" to the seller's custodian to claim the coupon to which he is entitled. This retrocession can be automatically handled by the central securities depository between its members, as Euroclear France does.

In "record date" countries, the issue of claims and corporate actions on flows only arises in the event of pending settlement.

The processing of the corporate action may require the creation of new securities from existing securities, which is why it is referred to as "detachment".

This is the case, for example, of subscription rights. Capital increases by subscription are reserved in priority for current holders of the share. This priority is materialized by the detachment of a right, which is in fact itself a title in its own right. For example, each holder may be granted a subscription right for two former shares held. These securities have their own identifier (ISIN - International Securities Identification Number) and are tradable, but generally have a very short maturity.

The custodian, based on previously recorded data, records new securities to the credit of its clients' accounts.

As mentioned above, some corporate actions are mandatory, while others require a choice by the holder, such as subscriptions and public offers. The custodian informs its clients of the methods of processing the corporate action and asks them for their response. Where applicable, the holder must also attach a cash payment to his response.

For the custodian, recovery consists  in turning to the transfer agent of the corporate action, in order to:

The execution consists in recording the final result of the corporate action in the clients' securities and cash accounts, taking into account any tax implications.