What are Credit Rating Agencies?

Credit rating agencies (CRA) are private companies whose main activity is to assess the ability of debt issuers to meet their financial obligations. Contrary to what the term "agency" may suggest, they are private for-profit organizations and not regulatory or government agencies.

The main agencies on the market are Moody's, Standard & Poor's and Fitch Ratings. These three agencies alone hold about 85% of the market. There is virtually no competition in this market because the barriers to entry are very high.

The business model of rating agencies is based primarily on remuneration paid by the rated entities, advisory activities and the dissemination of rating data. 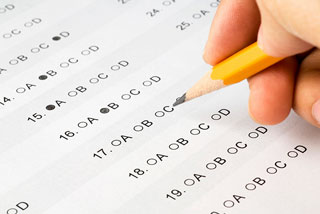 The rating gives an opinion on the ability of an issuer to meet its obligations to its creditors, or of a security to generate principal and interest payments in accordance with the expected schedule. The rated entities are therefore potentially all financial or non-financial agents issuing debt: states, public or semi-public bodies, financial institutions, non-financial companies. The rating may also relate not to an issuer in general, but to a specific security (bond, medium-term note (MTN), asset-based securities (ABS) and mortgage-based securities (MBS), etc.). The rating of securitisation transactions expanded considerably before the 2008-2009 financial crisis.

Different rating scales exist depending on the agencies, entities rated and the period considered (long-term or short-term). For example, here is the rating scale used by Fitch Ratings for the long-term rating of issuers.

What the Rating Does not Say

Agencies place great emphasis on the fact that the rating represents an opinion, and not any form of guarantee or commitment on their part, which, under US law, protects them from being sued by investors. In addition, the rating allows a relative assessment of the various issuers, but does not constitute an assessment of the absolute probability of default of an issuer. This remark is also relevant given that, in absolute terms, adverse economic conditions can be likely to weaken all agents without necessarily changing their relative positioning.

The rating gives no indication of the probability of default of an issuer, nor of the potential loss in the event of default. Nor does it provide any opinion on the quality of an issuer as a counterparty, other than the credit risk it represents.

The rating is generally established at the issuer's request, but it can also be triggered by the rating agency itself.

A rating committee composed of analysts, directors and junior analysts is formed. This committee collects available data, public or not, on the issuer and its market. Once the rating has been established, the agency continues to monitor the issuer, and may need to revise the rating periodically.

The rating of structured products such as ABS or MBS follows a different process. Indeed, the product is built ("structured", as its name suggests) by the sponsor, who is always at the origin of the rating request, in order to obtain a certain rating (for more details, see the page on securitisation). The rating process then becomes iterative, the agency advising the structurer, the latter submits a proposal, if the rating objective is not achieved it  reviews its copy... or goes to another agency. It is then clear what conflict of interest agencies are facing, and it is not surprising that some have given in to a certain complacency towards their clients who are, let us remember, the very ones they are supposed to rate, and who will only pay them if the rating is finally published.

More objectively, the rating of structured products is based on an assessment of the collateral pool on which the product is backed (stress tests, simulating loss scenarios in the event of default, are implemented), and on the proposed capital structure (tranches). The objective is to determine how much credit enhancement (see the securitisation page) is required for each tranche in order to obtain the desired rating.

As in the case of issuer ratings, the agency continues to monitor the rated security after publishing its initial rating, in particular the behaviour of the collateral pool in the face of economic conditions, and may need to review the rating as a result.

The information and models used to establish the rating of structured products are rarely made public, unlike what happens with bonds issued by companies, which are required to disclose a certain amount of data (balance sheet, income statement) concerning them.

The role of Credit Rating Agencies in the Financial System

Rating agencies are key players in the markets. Indeed, ratings are widely used in the regulatory framework and also contribute to the strategies of many investors.

At the regulatory level, the so-called "standard" approach for applying the solvency ratio is based entirely on the ratings of credit agencies.

To be eligible for central bank refinancing operations, securities must have a minimum rating.

Similarly, the management objectives of many investors are based on ratings: for example, a UCITS may have as one of its objectives to hold 80% of assets issued by issuers rated at least "BBB". Credit risk monitoring indicators in corporate and investment banks are also based on ratings.

The Credit Rating Agencies and the Financial Crisis

Rating agencies are accused of contributing to the outbreak of the 2007-2009 financial crisis for two reasons. First of all, they tended to rate far too complacently securities that eventually turned out as being "toxic", despite (or because of?) the sophisticated financial structures on which they were based. When real estate market conditions began to deteriorate in the United States, they reacted by abruptly downgrading the rating of many issues, contributing to the downward spiral in which the market was dragged.

Previously, the agencies had already been criticized during major bankruptcies that they had been totally unable to anticipate: Parmalat, Enron, Worldcom, etc. Later on, they have been once again singled out during the Greek debt crisis.

In the United States, rating agencies are supervised by the SEC (see "regulatory authorities"), which grants the status of NRSRO, Nationally Recognized Statistical Rating Organisation.

The European Union has also adopted its own regulations, applicable from April 2010. This regulation provides for a procedure for registering agencies with the Committee of European Securities Regulators (CESR), now ESMA, the need for greater transparency on the methods used, the way in which conflicts of interest are managed, etc. Finally, the regulations provide for the creation of a historical database, which should make it possible to monitor the performance of ratings over time.

IOSCO (International Organization of Securities Commissions) publishes a code of conduct that agencies tend to follow.

As for investors, it is in principle recommended that they do not place blind trust in the ratings of agencies, but at the same time, as long as the regulatory authorities continue to use the same ratings on a massive scale in regulation, it is difficult to see how they could do without them!

Report of the IOSCO Task Force on the Role of Rating Agencies in the Financial Crisis: http://www.iosco.org/library/pubdocs/pdf/IOSCOPD270.pdf

The IOSCO code of conduct for credit rating agencies: http://www.iosco.org/library/pubdocs/pdf/IOSCOPD271.pdf