This page is proposed by Maltem Consulting, consulting firm specialising in the management of organisations and information systems in the banking and financial sectors.

Marketable securities are interchangeable (or fungible) and may be listed on a stock exchange. The two main categories of securities are stocks and bonds. But there are others such as investment certificates and warrants.

Article 3 paragraph 1 of the regulations of the former SICOVAM (Interprofessional Company for the Compensation of Securities, now Euroclear France) stated:

"For the purposes of the General Regulation, the term 'transferable securities' shall mean a group of securities of the same type, listed or capable of being listed, issued by the same issuer and conferring by themselves identical rights on their holders; any rights detached from a transferable security, negotiable or capable of being so, shall be treated as equivalent to a security" 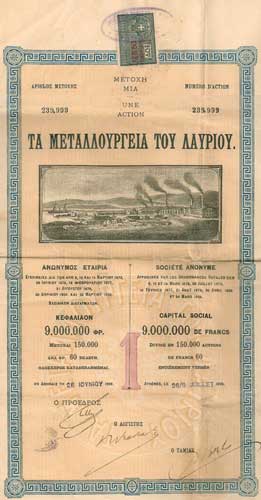 A share from the Fimarkets
collection of old stocks

A share is a security. It represents a share in the capital of a company. Only public limited companies and partnerships limited by shares are allowed to issue shares. Most other companies (LLCs...) issue non-publicly traded ownership shares in the company.

A so-called classic or ordinary share is made up of several rights, which make up its value. Shares are therefore property titles representing a fraction of a company's capital. Their holder (the shareholder) becomes co-owner of the company. The shareholder receives a portion of the company's profits in the form of dividends, usually paid in cash, once a year.

A company going public commits part of its capital in the form of shares. The number of shares issued represents the committed capital.

The advantage for the company is that it has fresh money at its disposal. Moreover, the number of shares representing the capital can be increased without limitation.

The advantage for the shareholder is to receive a portion (depending on the number of shares) of the company's profits, to benefit from capital gains on the increase in the share price on the stock exchange, to benefit from the rights attached to the share, to be committed only up to the amount invested in shares at any time, to sell or transfer his/her shares with all the rights attached to them.

The conditions for exercising the rights attached to the share are specified in the Company's Articles of Association:

More than in the distribution of dividends, the interest of this investment lies in the capital gain made on the resale of the share. This is why it is more suitable for those who wish to increase the capital invested in the medium or long term than for those who want to receive income on the money they have invested.

If the company goes bankrupt, the shareholder loses the entire amount he or she has invested. 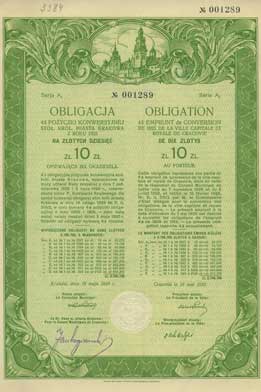 A bond is a debt security (or acknowledgment of debt) representing a loan:

Example: A local authority that wants to borrow money issues bonds that represent a long-term loan. The sum borrowed is divided into equal parts of value (the bond). These shares are issued on the market on the same date and are subscribed to simultaneously by the savers. The bondholders are therefore creditors and the entity that issued the bonds undertakes to repay the amount borrowed within a fixed period and to pay annual interest to the subscribers.

When issuing bonds, the issuer must specify:

The State is the most popular bond issuer, as the investor is sure to get paid back. Corporations and partnerships limited by shares also have the right to issue bonds.

The French Law of July 26, 1991 defines negotiable debt securities as securities "issued at the option of the issuer, negotiable on a regulated market, each representing a right to a debt for a fixed term". They correspond to a term deposit represented by the remittance of funds by the subscriber entitling the holder to repayment at the agreed maturity.

Negotiable debt securities must be in bearer form and dematerialized. Since 1993, they are recorded in an account with a financial intermediary. In particular, Treasury Bills are recorded in current accounts at the Banque de France.

There are three main categories of negotiable debt securities:

The common characteristics of negotiable debt securities are the high unit amount (€150,000), a fixed maturity, and the quality of the issuers (the State, credit institutions, approved financial companies, public or private financial companies likely to make public calls for savings). They may be issued in euros or in foreign currencies.

Author: Maltem Consulting, consulting firm specialising in the management of organisations and information systems in the banking and financial sectors.