Target 2 Securities is the securities settlement system which is intended to ultimately allow the finalisation of transactions of all marketable securities of the euro area. TARGET 2 Securities (T2S) was developed by four central banks: Banque de France, BundesBank, Banca d'Italia and Banco de España under the responsibility of the Eurosystem and with project management entrusted to the ECB.

T2S is based on 9 main principles that we will develop below.

In T2S, all cash flows are posted directly to the settlement banks' accounts of the euro area central banks. This is called "central bank money" and means that once registered, the cash transfer becomes irrevocable. This is not the case for a cash transfer in "commercial currency", which is charged to an account opened with a bank other than the central bank.

All commercial currency payments sooner or later end up in the banks' accounts at the central bank. But for large amounts, direct payment in central bank money is a key security guarantee for participants in the settlement system.

T2S processes the instructions it receives in real time as they come. They are validated and matched upon receipt, and settled as soon as the expected settlement date is reached, provided that the securities and cash provisions on the accounts of both participants allow it.

T2S integrates both the securities accounts of the participants and the associated cash accounts. Cash accounts are held on the T2S platform but are opened as part of a contractual relationship between the bank holding the account and a central bank. This ensures smooth settlement, while at the same time benefiting from the central bank money guarantee.

In contrast to the integrated model (the T2S model), the settlement system in interfaced models must continuously interact with the cash account system in order to verify the cash provision before settling transactions.

The advantage of real-time gross settlement systems is their reliability, the disadvantage is that they are liquidity consuming. A participant must maintain the cash provision necessary to settle purchases at all times, without waiting for the outcome of sales to possibly fund his account.

On the contrary, in a net system, the balance of purchases and sales is periodically posted to the account, and the participant can plan in advance the necessary liquidity.

In order to enable the settlement of transactions as they are issued, T2S automatically sets up intraday credit operations through the self-collateralisation mechanism. A settlement bank may obtain credit from its central bank or a client bank may get it from its settlement bank by providing collateral securities. These operations are set up automatically by the platform if necessary, without the intervention of the participant.

T2S is a settlement platform only, which does not replace the Central Securities Depositories (CSDs). They continue to manage the contractual relationship with the participating banks, hold their securities accounts and ensure the custody of securities and therefore the processing of Corporate Actions. They also continue to create and issue new securities on the primary market. Simply, T2S enables them to outsource the settlement of securities on a shared platform.

T2S allows the settlement of securities settlements/deliveries between 2 CSDs, provided that they have entered into a contractual relationship for this purpose. Thus, just as a participant can centralize his cash flows on a single account, T2S makes it possible to centralize the securities flows on an account opened with a single CSD, provided that it is in contact with all the central depositories issuing securities held by the participant.

Batch settlement during the night and real-time settlement at daytime 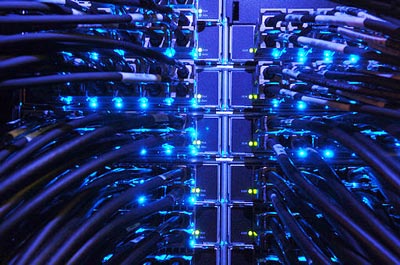 T2S operates almost continuously, with only a few hours off at night to allow technical maintenance. Accounting day D begins on D-1 at 7:30 pm with a night cycle of formidable efficiency since ¾ of the volumes of each day are processed at this time. During the night cycle, transactions are grouped into sequences, subject to optimization algorithms that identify groups of transactions that can be settled in an "all-or-nothing" mode, then settled.

During the day, instructions are processed as they flow and sent to the settlement module when the theoretical settlement date is reached.

T2S currently processes only one currency, the Euro, and is interfaced with a single payment system: TARGET2. TARGET2 is the real-time gross settlement system in Euro, which allows banks to transfer large amounts of money for their own account or on behalf of their customers. TARGET2 is interfaced with T2S, allowing banks to transfer liquidity in real time from one system to another as needed. In addition, at the end of the day, all cash balances on the banks' accounts in T2S are automatically transferred to TARGET2.

T2S is designed to be multi-currency. For the moment only securities denominated in Euro are processed, but in the long run CSDs and NCBs of non-euro area countries will be able to join the platform if they wish.